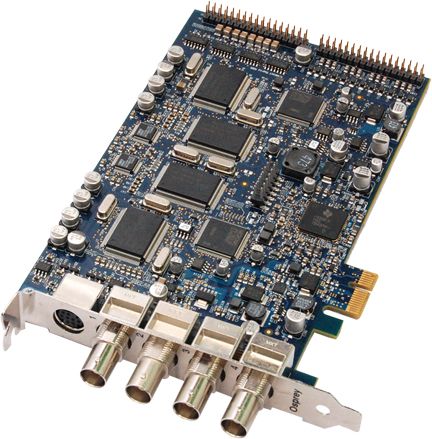 The Osprey 460e is a powerful, professional-grade card capable of capturing and streaming multiple independent

your workflow as it provides the highest possible video quality for your capture and streaming applications.

panel connectors. The optional video inputs include the selection of component or Y/C (S-Video) for each of the

PC manufacturers have adopted the PCIe bus as the standard for high-throughput internal bus architectures.

access to all PC resources. This capability means more power for your most demanding streaming applications.

Add SimulStream® to the Osprey 460e and stream to multiple devices – in various formats, bit rates and

Adobe® Flash®, Microsoft® Windows (SilverlightTM), 3GPP or H.264 formats all at the same time. The Osprey 460e is

the ideal solution to meet the demands of today’s multiplatform digital media marketplace.

Reviews
Write Your Own Review