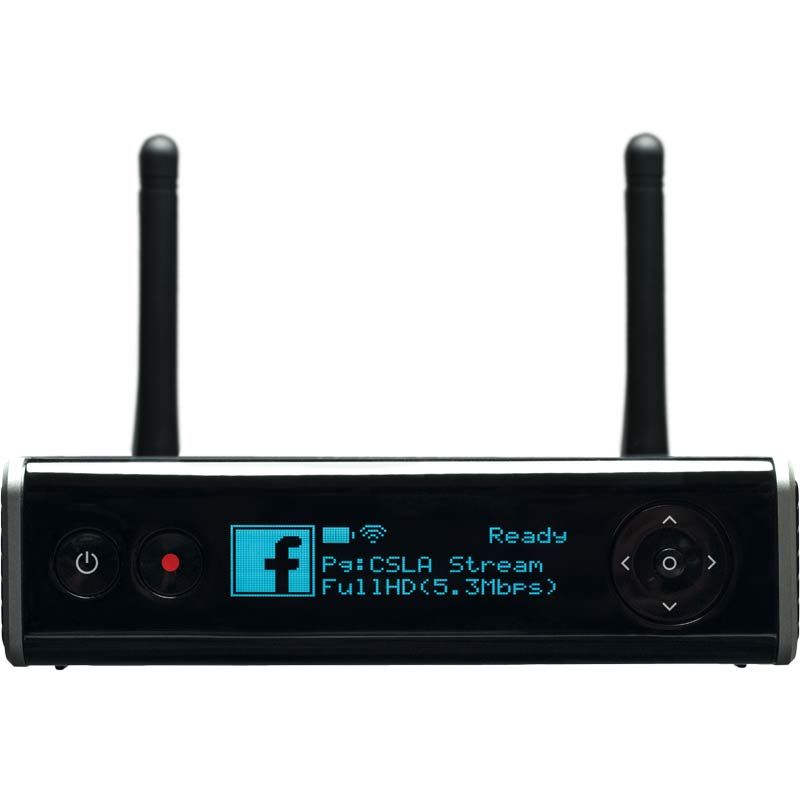 Be the first to review this product
SKU: TER-VIDIUGO

VidiU Go is a live streaming encoder for businesses, freelancers, and enthusiasts seeking the cutting edge of broadcast technology. With H.264 and HEVC built-in, the Go gives you the flexibility of delivering live video in the widely accepted AVC format or taking advantage of the efficiency of H.265 during bonded cellular broadcasts.

To take your live streaming even further, the VidiU Go offers integration with Teradek’s Sharelink and Core platforms, which provide remote encoder configuration and HEVC / AVC transcoding (Core only). Most importantly, Sharelink and Core offer multi-platform delivery, allowing you to stream to any and all of your favorite streaming platforms at the same time.

With both HDMI and SDI inputs, the VidiU Go is equally at home on small camcorders as it is on larger broadcast cameras. The Go is powered via a USB-C port, which makes it easier than ever to power the system with external Li-Ion batteries. Like the VidiU and VidiU Pro, the Go is compatible with Teradek’s iOS video production suite, Live:Air Action, and the VidiU app for iOS, allowing users to quickly configure and monitor their stream, as well as overlay graphics and lower thirds right onto their live feed.

Efficiently encode your HDMI/3G-SDI signals as HEVC or AVC, and stream them via fast Ethernet or USB 3G/4G modem interfaces

A real-time HEVC or AVC encoder for your HDMI/3G-SDI signals, with streaming via dual-band WiFi, ethernet, or USB (3G/4G modem) interfaces

A rack-mountable encoder (1RU), capable of HEVC/AVC encoding for 4K SDI & HDMI sources, with the addition of dual-band WiFi streaming